Manaslu and Tsum Valley Trek  With great pleasure, the Nepal Adventure pilgrimage offers you the Tsum Valley Trek, which is opened recently to foreigners in 2007. The most significant attribute of this trek is the high altitude, the Tibetan culture where locals still follow polyandry system and Bon religion. The Tsum Valley is enclosed by the Ganesh Himal to the south, Buddha Himal and Himal Chuli to the west, and Sringi Himal to the North. It is believed that great Buddhist Guru Milarepa had once meditated in the mountain caves of this valley, so it is also known to be one of the eight sacred valleys (called Beyuls) in the inner Himalayas and home to a pilgrimage. Tsum is derived from the Tibetan word “Tsombo”, meaning vivid. As the name implies, its natural scenic views and richness in Tibetan culture, art and religion makes it a remarkable and vivid haven.
Only a few numbers of travelers have made it into this astounding valley, which used to be an important trade link with Tibet. As it is a remote destination, this divine valley has been untouched by mainstream peoples for generations which have resulted in the unique culture of this valley to be intact. The region once being part of Tibet looks totally different from what you will find elsewhere.  The general population of Tsum Valley or the Tsumbas belongs to Tibetan origin with their own antiquated type of lingo, society, art and religion.  On the way of this trip, you can have the traditional Tibetan tea (butter tea) and local meal. The Buddhist monks accompany the groups of trekkers.
Manaslu and Tsum Valley Trek  has a long history of Buddhism and its path is covered with artistic Chortens and lined with Mani walls made of large number of stone slabs carved with deities and prayers. It consists of less steep climbing and more hiking. Although the overall Tsum Valley Trek is adventurous, it is not so difficult to pass and one can have the views of glorious mountain ranges. Walking beside Budi Gandaki River, the path follows beautiful forest, hilly villages and terraced fields. Additionally, you can experience glacial rivers, alpine forests and hospitable peoples on this trek. As you hike, you will pass these beautiful neighborhoods namely Jagat, Rachen Gompa, Mu Gompa,   Philim and some other beautiful places where you can enjoy its serenity. Manaslu and Tsum Valley Trek  is suitable for all kinds of trekkers. You can trek around March to May and August to November as it is considered the best season of the year for this trek.

Accommodation during Manaslu and Tsum ValleyTrek ?

How difficult is trekking in the Manaslu Region?

The trekking in the Manaslu Region is fairly strenuous. The trekker's physical condition determines the difficulty of trekking in the Manaslu Region. Make sure you have some physical exercises before starting the trek! Increase your core strength by cardio workouts or jogging or maybe dancing too! The Manaslu Trek, which takes you through remote Himalayan communities, is one of Nepal's most difficult walks. It is an off-the-beaten-path trek in Nepal.

Can you do trekking in the  Manaslu Trek via Tsum Valley region solo?

The Manaslu Circuit is not accessible to anyone who prefers to travel alone. You may have to save your Alexander Supertramp enthusiasm for another journey. A solo trekker has been limited by the authorities. A minimum of two people must be in a group with a guide. If you want to go the opposite way, you'll need a 'ghost' trekker permit (which will still require a foreign passport) and a guide (obviously). Restricted Area Permit, Manaslu Conservation Area Permit (MCAP), and Annapurna Conservation Area Project (ACAP) Permit are the other permissions you'll require

You will be welcomed at the airport by our staff and transferred to a hotel for check in. Our airport representative will explain further details of the program and answer your questions. Overnight stay at the hotel (breakfast included)

Today, we start our sightseeing tour in the Kathmandu Valley which includes the cultural heritage experiences including Kathmandu Durbar Square, Swayambhunath Temple, Boudhanath Stupa and Pasupatinath Temple. Enjoy the artistic palace, culture, paintings, sculptures and a brief history of Nepal. Overnight at the hotel breakfast included.

Your Trekking guides will pick you up at 8:00 am. Then, we will start our 8 hours’ drive to Arughat. The first four hours to Dhading Besi, the district headquarters of Dhading (1050m), is on paved roads, but for the section to Arughat, we will be driving on a rougher surface. From Arughat we drive another 1.5 hrs to Soti Khola by public jeep. We will stay overnight at a guesthouse (Breakfast, Lunch and Dinner Included).

After crossing the Machha River and Khrolabesi, we will pass through the hot springs at Tatopani. The trail follows a forested area until we cross Dovan Khola. We then make our way to Budhi Gandaki Valley. As the elevation increases, the scenery undergoes a complete transformation, with white sandy areas along the riverside. Stay overnight at a guesthouse (Breakfast, Lunch and Dinner Included).

We’ll pass the stone gate and the long Mani stone wall of the village of Lho, with an astounding view of Peak 29 ahead. You can take a side excursion to Pungen Glacier in order to get a very close up view of Manaslu from here. The trial follows a lateral moraine of Pungen Glacier towards Sama. It takes a further 20 minutes to reach Sama Gompa for our night halt. Stay overnight at a guesthouse (Breakfast, Lunch and Dinner Included).

This day has been set aside for acclimatization and you can opt for a full or half day walk. The full day walk is towards Manaslu Base Camp (approximately 6-7 hour round trip). Alternatively, there are half day walks either to the glacier across the valley or to Birendra Ta. Stay overnight at the guesthouse (Breakfast, Lunch and Dinner Included).

The Manaslu Circuit Trek now crosses grazing areas and gradually ascends the valley. Fantastic views of the mountains especially Manaslu are ahead of us as we reach Samdo (3860m), a Tibetan refugee village. This remote village is only a day’s walk from the Tibetan border. In the afternoon we will explore the village and surrounding hills. Stay overnight at a guesthouse (Breakfast, Lunch and Dinner Included).

After crossing a couple of streams, we’ll reach the Larkya Bazaar. This is a village which thrived from trade with Tibet years ago. After a steady climb we will arrive at our lodge at 4450m. It is the last overnight before the pass. (Breakfast, Lunch and Dinner Included).

We will climb Cho Chanda and then slowly head uphill towards the steep snow covered pass. The panorama from the top is truly magnificent. You will see Himlung Himal (7126meter), Cheo Himal (6820meters), Gyagi Kung, Kang Kuru (6981meters) and Annapurna II (7937meters). The descent is steep as we pass through moraines to Bhimphedi. Stay overnight at a guesthouse (Breakfast, Lunch and Dinner Included).

With a gentle climb through paddy fields, we will head towards the small Karcha La pass. The trial descends through fig trees and rhododendron forests to Tilje. Stay overnight at a guesthouse (Breakfast, Lunch and Dinner Included).

We have reached the end of the Manaslu Trek and a local jeep will take us to Beshisahar.

We have reached the end of the Manaslu Trek and a local jeep will take us to Beshisahar. We then drive to Kathmandu in a private car. Stay overnight at the hotel (Breakfast and Lunch Included)

Approximately 3 hours before your scheduled flight, a representative from the Nepal Adventure Pilgrimage, will take you to the airport and bid you farewell. You will take with you wonderful memories of a truly outstanding experience

You need More or less 2 weeks for Manaslu via Tsum Valley Trek  from Kathmandu to Kathmandu. But you can combine Manaslu Tsum valley Trek  within 3 week

Since Manaslu region is restricted trekking route, trekkers should have government registered guide and agency to obtain Manaslu region permits and trek.

Yes, you can do tea house trek and you do not need to carry tents and mattress.

Apart from Gumpa Lungdang and Dharmasala you will have power all the places where you can charge your battery too. It will cost you more or less couple of dollar for full charge.

You can have Wi Fi few places such as Namrung, Lho, Samagaun, Bhimthang, Dharapni etc.

You will have English speaking professional, experience, first aid trained and government registered certified local guide. They are mostly from all ethnic group of Nepal and picked from root of Himalaya region. We also offer language specific guides if needed such as French, Spanish, Italian etc.

March, April, May and September, October and November are the best time of the year. But you still can trek some other month as well. For further detail please contact us.

Trekkers can trek solo with a guide only after paying twice for special permit.

Yes, you can store with us and it will be safe.

You do not need special course for Manaslu trek but if you have some hiking experience before visit Nepal, it will put you better position. Because the terrain of Nepal is quite rugged and challenging. 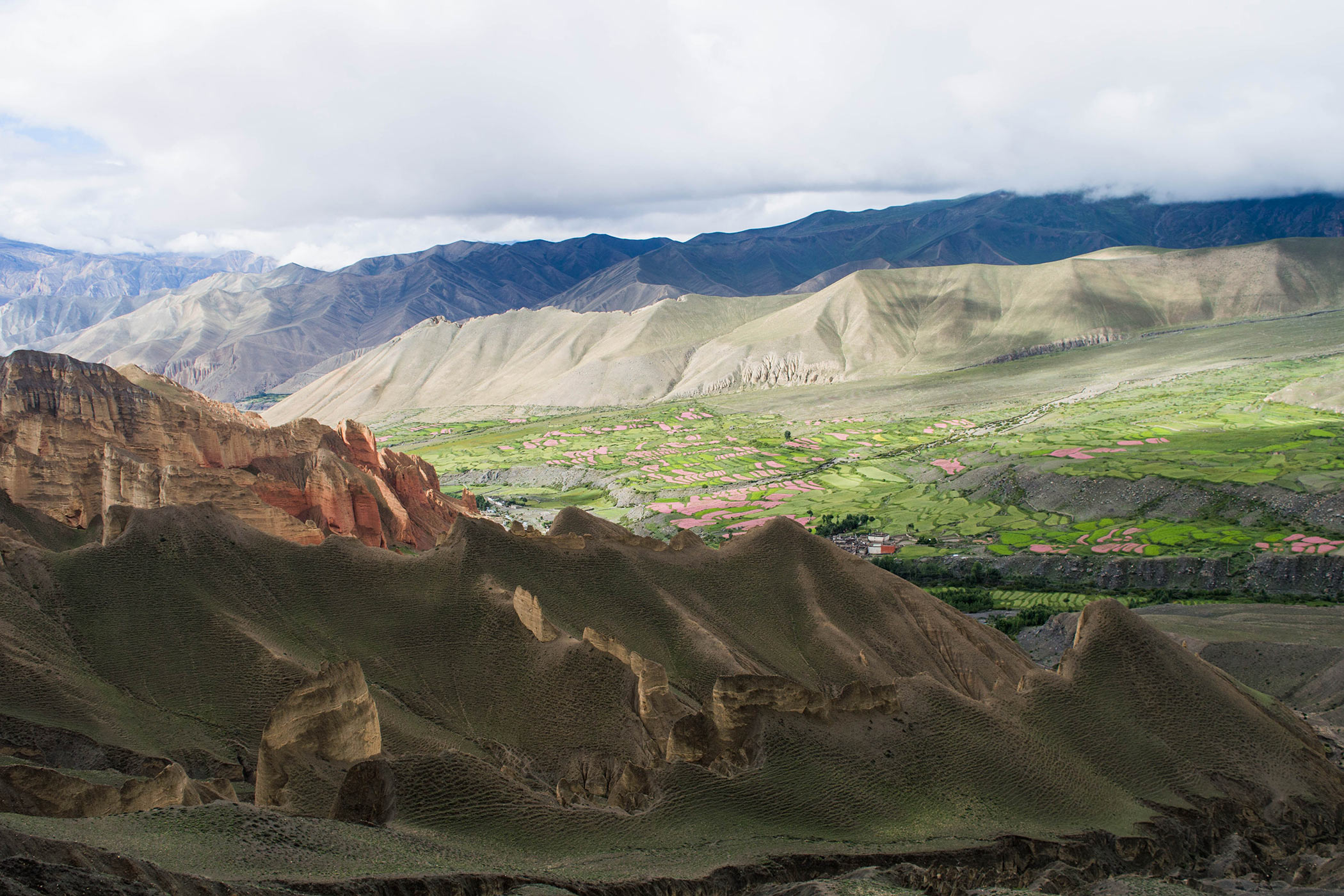