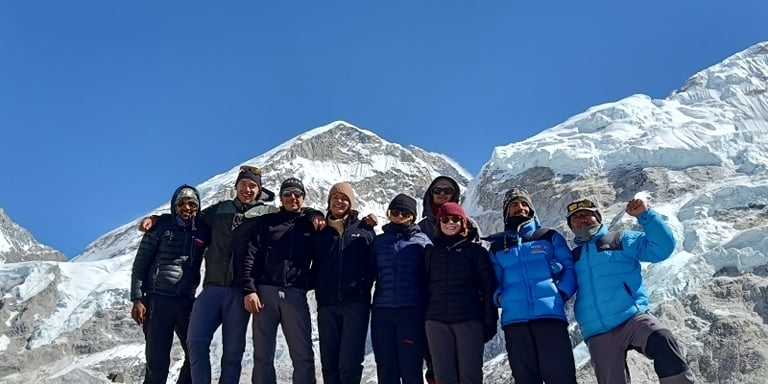 Sherpa Villages and Everest Region: Must Do Trek in Nepal!

Sherpa is not just word now. It is a brand. If you are familiar with the mountaineering, this word values a lot. The word Sherpa is associated with the mountain people of Nepal. These people live in Himalayan belt of Nepal and have their own culture as well as traditions. Everest and Sherpa are somewhat synonym. Lots of people scale the mountains of Nepal every year. During such adventure, immense help is provided by Sherpa people. Therefore, curiosity might arise among people across the globe about daily life of these people. Embark on travel to find out more about Everest region of Nepal and people living there.
Everest Base Camp Trek
Sherpa Villages and Everest Region
Everest region of Nepal is the home of Sherpa. Majority of this community lives in Solukhumbu district of Nepal. However, these people are scattered all over Nepal. Ever since the peak climbing and mountaineering adventure began, Sherpa have been contributing a lot. These people literally carry goods, supplies and people up in the mountains.
Westerners make records. Sherpa helps them. It is common phenomenon. However, the concept changed in late 2021 and early 2022. After the epic 14 Peaks Documentary Movie released in Netflix, Sherpa people got their overdue praise.
Now, the scenario is different. People are taking huge interest about these people. So, how can we get to know about these people? The best answer is trekking in Everest region of Nepal.
Everest Region Trek Routes with Sherpa Villages
There are numerous trekking routes to trek in Everest. You can do regular trekking like Everest Base Camp Trek, Three High Passes Trek, View Trek and Gokyo Lake Trek as well. However, if you really want to understand about Sherpa and Everest Region add various villages in your itinerary.
During Everest Base Camp Trek add the following changes to your regular itinerary.
Add Khumjung Village or Khunde Village on second night of Namche Acclimatizatio
Phortse Village instead of Pheriche upon your return from Everest Base Camp
Add Pangboche Village instead of Tengboche
Manjo Stay in first day instead of Phakding
If you are on the Everest Three High Passes Trek, you can trek through various Sherpa villages like Gokyo, Thame, Lungden, Chhukung and Dingboche.
Try doing trek during Mani Rimdu Festival as well. During this time of the year, entire Khumbu region of Nepal is in celebration mood. It is right time to understand the Sherpa culture and traditions.
Spend at least 2-3 days in these villages of Everest Region. You will certainly get the best understanding of day to day activities of Sherpa people.
Major Sherpa Villages are:

Nepal Adventure Pilgrimage has Expert Sherpa Trekking Guide. Contact us for the traditional and cultural trekking of Everest Base Camp. With us you can get the quality services as well as local knowledge. Trek in Everest with locals.

Follow our blogs regularly for any kinds of Nepal Trekking related contents. What are the popular Trekking Routes of Manaslu Region? Everest Base Camp Trek: Must to do thing at least once in a lifetime

Everest Base Camp Trek: Must to do thing at least once in a lifetimeFor all the adventure seekers, you don’t need to wander here and there in search...