Autumn and Spring seasons are the best seasons to explore Annapurna Circuit trekking routes. Most of the trekkers choose these seasons because of its natural beauty like clear skies, stunning views of mountains, and greenery hills with warm temperatures.

Annapurna Circuit Trek is known as one of the popular treks for trekkers across the globe. This route is in the world’s 10th highest mountain Annapurna which is at 8081m high. The trail begins from Lamjung thought the high valley of Manang area. Hiking goes through high mountain passes, landscape view with relaxing hot spring, different cultural temples, farming villages, and view of the Annapurna Massif. Most of the trekkers offer this popular trekking route in Annapurna Region. Most of the time trekkers start the hike from Bhubhule and end at Nayapul, and its total distance is around 260km.

This is the best time for trekkers to trek Annapurna Circuit. The weather will be stable during this season. There will be clear skies, stunning views of mountains and greenery hills with warm temperatures. You will witness wildflowers like bright red, pink, white, and yellow blossoms in trails. There will be no rainfall or snowfall during trails. As you ascend beyond 3,000 meters the climate will be sunny and comfortable but will noticeably cold during the daytime. Spring season can be your best time to do Annapurna circuit trek.

Monsoon Season is also known as the rainy season. The beginning and end of this season may not get heavy rainfall. You will witness torrential downpours in July. This season is least favorable for trekkers to trek. In the lower region, due to heavy rainfall, trails get muddy and sloppy which makes to trek challenging. You also need to protect from insects like leeches and mosquitoes so need to carry necessary kits as well. In trails, you can enjoy lush green vegetation, flora, and fauna of the area.

As the geography of the Annapurna Circuit is diverse there will be less rainfall than the lower regions. During this time, you can trek to upper Mustang, Dolpo and Tsum Valley trek these are a great time to trek.

It is the perfect time for trekkers to trek in Nepal. The popular treks of Annapurna and Everest region will be open with the energy and aura of the trekkers. This season falls after the monsoon season, all the dust and clouds is clear and gives clear blue skies with greenery forest and vegetation. All the amazing views of mountains and glaciers are visible. If you are thinking to visit during this month than you are lucky to witness two main festivals of Nepal i.e Dashain and Tihar.

In the Himalayas, there will be heavy snowfall at higher altitudes like Thorang La Pass(5,416meters). To enjoy empty trails of winter you need to be well prepared with the right gears, waterproof, and winter trekking experience. During the clear skies, you can witness gorgeous views of snow-capped mountains and hills. Some views may not be as clear due to cloudy days. Some of the teahouses will be open and the fire in the dining area will be very welcoming. The temperature depends on the altitude you ascend in the Annapurna Circuit Trek. 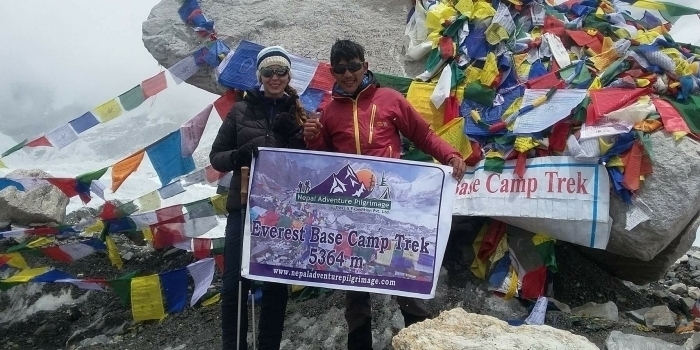 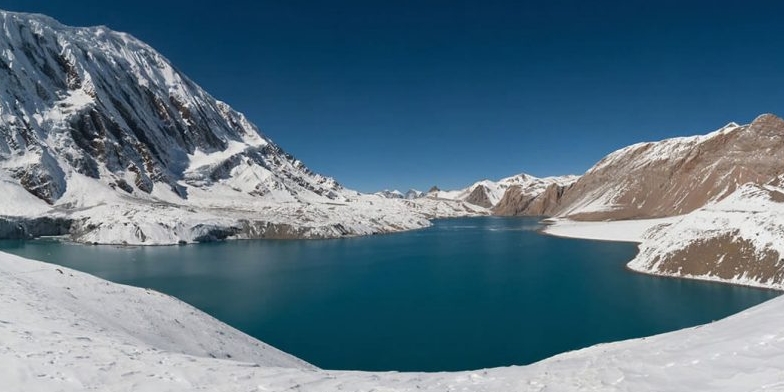